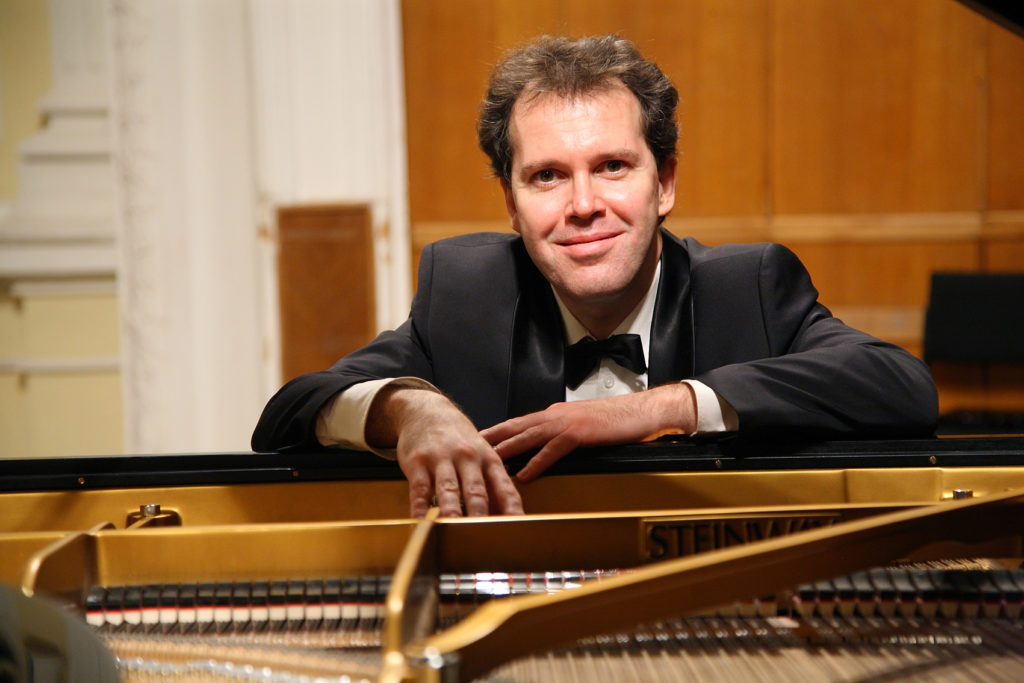 Yuri Bogdanov (Russia) –  a professor of Gnessin Russian music academy in Moscow, concert pianist, Honored artist of Russia, Steinway-artist.
Yuri Bogdanov is one of the most gifted pianists of our time. He received wide international recognition, primarily as a performer of music of Johann Sebastian Bach, Franz Schubert and Alexander Scriabin. In 1996, His recording of sonatas and pieces of F.Schubert was recognized by the Viennese F.Schubert institute like the best Schubert’s records in the world, season 1995/1996.
He finished the Moscow State conservatory P.Tchaikovsky. His teachers were A.Artobolevskaya, prof. A.Mndoyants, prof.A.Nasedkin, prof. T.Nikolaeva and prof. M.Voskresensky. Yury Bogdanov was awarded several prizes and ranks of the winner at the international competitions: I.S.Bach in Leipzig 1992 (III Prize), F.Schubert in Dortmund 1993 (II Prize), F.Mendelssohn in Hamburg 1994 (III Prize), F.Schubert in Vienna 1995 (Grand Prix), E. Honens in Calgary (IV Prize), S.Seiler in Kitzingen, 2001 (IV Prize). Y.Bogdanov is the winner of the festival «April spring» in Pyongyang in 2004 and the owner of a special prize at the international competition of pianists in Sydney in 1996. In 1992 the pianist was awarded the 1-st grant A.Scriabin. In Scriabin house-museum in Moscow Yuri Bogdanov in 1989 played his first solo recital. Since then the pianist made concert activity, played more than in 120 cities of Russia and abroad. He had been on concert tours in Albania, Austria, Belgium, China, France, Germany, Greece, Italy, Netherlands, Norway, North Korea, Serbia, Spain, Switzerland, Ukraine, Uruguay, USA and many other countries. Yuri Bogdanov is the soloist of the Moscow State Academic Philharmonic society. The repertoire of the pianist includes solo, chamber m and concerts for piano with orchestra. He had recorded 10 CDs.
Yuri Bogdanov is a professor of Gnessin Russian music academy. His students won a lot of prizes of many international piano competitions. Yuri Bogdanov participated like the member of jury of many international competitions of pianists. The pianist got the honorary title «The honored artist of Russia».  «Steinway & Sons» company chose Yuri Bogdanov as the artist of «Steinway». He headed the international organization «Ecology of culture» and international piano festival «Evenings of Art around Moscow» and international festival  «Musical Krasnogorsk».